Knowing what the ancients discovered about elements is difficult. We can decipher ancient texts, but only a fraction of what they truly knew made it to the present day. Most of what they knew wasn’t transcribed, and what was set in papyrus, stone tablets, or manuscripts either crumbled with age or was intentionally destroyed.

But we have bits and pieces that give us a look into the mind and methodology of the ancient scientists. We can trace alchemy a long, long way back, and we can see that monatomics were very important to religious and medical traditions around the world. They probably even used them in important ceremonial rites!

The alchemical tradition can be traced back to ancient Egypt. The Egyptians were a record-keeping civilization obsessed with knowledge, and their technological innovations allowed them to come up with amazing scientific achievements like metallurgy as far back as 3000 B.C.

Hieroglyphs that have survived from this civilization refer to a material known as “mfktz”. Mfktz was a powdered substance that was added to ceremonial cakes of bread made as offerings to the gods. The cakes made from mfktz are found symbolically as triangles in many different works of temple art, and are referred to as something akin to “the precious stone” in hieroglyphic texts.

When reading the hieroglyphs literally, the word mfktz translates to “spirit fire stone.” This and “the precious stone” prove that the Egyptians, in offering it up to the gods, knew the substance was something special. Egypt kept up the tradition of mfktz in places like the city of Alexandria, and this ancient civilization was the beginning of a long tradition of a knowledge alchemists have been chasing ever since.

This knowledge is known to most people as the Philosopher’s Stone, but symbolically it can be found in mythological and religious traditions all over the world. In India, the Hindu Vedas connected gold and eternal life thousands of years ago, and this belief – not coincidentally – fit right in with the Greek alchemy brought over by the influence of Alexander the Great. The Islamic world introduced experimentation and rigorous laboratory tests to this tradition, and they notably discovered such materials as sulphuric acid this way.

It wasn’t truly about “eternal life” though; it was about the power that can be found in the monatomics, something that could affect the body in ways they might not have fully understood, but we do now.

Questions About The Past

While the ancient alchemists didn’t know everything we did about the body, they may have found what we have now, maybe even more. Unfortunately, many societies 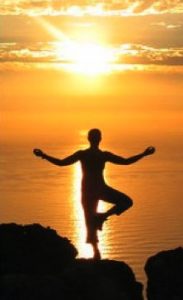 turned their backs on alchemy and monatomics. For example, the Roman emperor Diocletian had all the alchemical texts of Alexandria burned in A.D. 292, and very few of these manuscripts survived. We don’t know if civilizations in Greece, Persia, and India were able to rediscover what was lost in Alexandria.

We’re left with more speculation as to how the Egyptians utilized monatomic elements outside of temple rituals, but we can be thankful that processes that led us to today had begun at all. While we can’t be entirely sure about what monatomic metals they used or how close they got to uncovering the real processes behind them, we owe what we have to the wisdom of ancient societies.