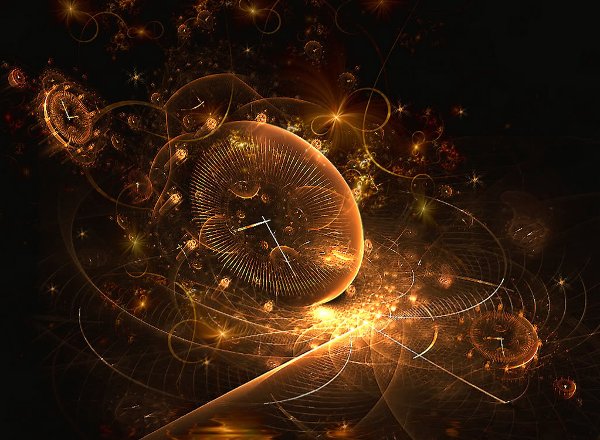 There may be more to the definition of time than we think; Time in fact is one of the most unknown subjects of mankind. Time is defined as the duration of which something or all things happen.  For example, you are going to have dinner tonight at 6pm, or perhaps tomorrow at 9:30am you have to start work.

Time may be relative or is it really just an illusion? If something isn’t nothing but nothing can be something, then what really is nothing? 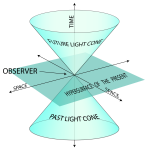 Time is known to be relative according to modern physics.  Relative is when something is working in relation to something else. Einstein’s Theory of General Relativity is one of the most common theories taught in physics. It’s one of the most towering achievements in 20th century physics.

The theory states that when we perceive the force of gravity, it arises from the curvature of space and time.  Einstein then proved that objects such as the sun and the earth change this geometry, the equation is listed in the image below. 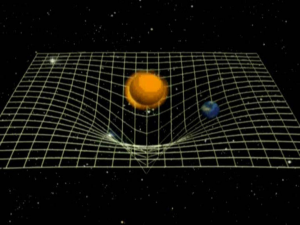 To better understand this theory, rather than looking at a equation of random symbols, check out this diagram. It visually explains Einstein’s Theory of General Relativity which is meant to show how things “fall” into each other’s gravity.

Our sun’s mass is why we are here orbiting the sun, same with how the moon fell into the gravity of earth.  Without this we would not have life on the earth.

Think about black holes, the massive amounts of gravity from them warps the fabric of spacetime, light will start to slow down near the black hole, and eventually stop at the event horizon.  This comes to the conclusion that time may be relative to motion.

In fact, in 1971 a team of scientists conducted a test where they flew an atomic clock around the earth and then compared it to one that remained on the ground. As Einstein had predicted the 2 clocks no longer read the same, it only differed by a few billionths of a second, but was a huge, real piece of proof showing how motion and time are also relative.

Or is time just an illusion?

Time may just be an illusion,  philosophers and physicists argue this subject all the time, no pun intended.  Time as only a perceptive can be a way of looking at it.  In fact, as you read that last sentence and as you’re reading this one, that moment is already in the “past”.  Time is something you perceive, this is explained visually in the 1962 film “Le jetee” (linked below).

Thinking about how time could be both relative and an illusion is what may be the real answer.  Time is relative, flexible and according to Einstein himself, “The line that defines the past, present and future is only an illusion.”