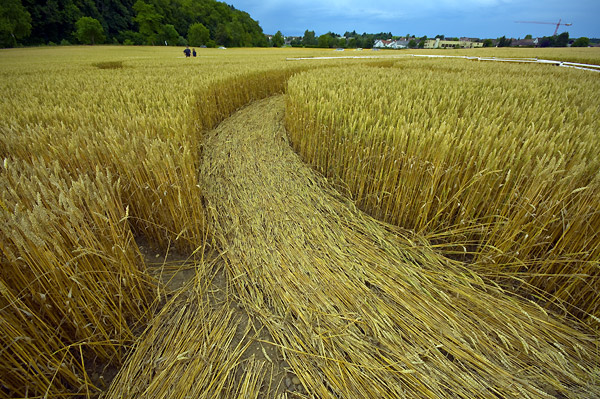 Crop Circles are one of the most mysterious and controversial topics talked about, especially when you notice them appearing overnight! These beautiful designs are located all around the world in farmer’s crop fields and still, nobody knows the real reason why they do appear. 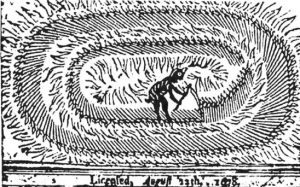 When did we start to notice crop circles?

These crop circles aren’t just a modern fad, they have been around for quite sometime.  There was a news pamphlet found from 1678 titled, “The Mowing Devil: Or, Strange News Out of Hertfordshire”.  This news pamphlet was about a crop circle in Hertfordshire, England. The news article was also later republished in 1913.  The article varied of eye-witnesses seeing fire, aftermath reports and religious to alien-like arguments on why/how it happened. Below is a published piece cut from the original news pamphlet.

Some people even believe that crop circles have been appearing for centuries. Back in 1880 an article was published by John Rand Capron, titled ‘Storm Effects”.  It tried to counter that they may just come from storms. 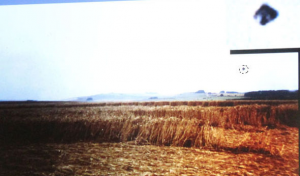 Francine Blake insists on having witnessed a “UFO” over a crop circle. She believes that these crop circles come from a UFO’s landing. Francine has done years of research and many lectures about UFOs and crop circles.  She also believes that they can appear within seconds of an appearing/landing UFO.  Below is a photo Francine Blake snapped of a UFO near a crop circle.  Francine has many photos located online of her sightings. She also had a compass going haywire in a crop circle and other electronic/magnetic issues with photos or equipment. Below is the actual photo from the event. 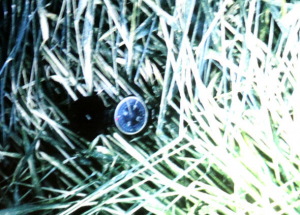 There have been countless theories on why and how these crop circles first appeared. These theories range from alien-like creations, time travel, storms, religious purposes, animals, humans and much more.  In the 1980’s two men did confess to having created a few to prank people but otherwise, a lot of these crop circles look so detailed and large that you wonder how a human could create that overnight? 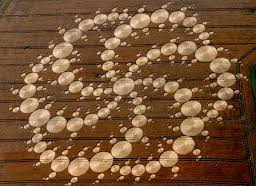 Crop Circles are typically nocturnal creations, never usually recorded on camera and often appear near some sort of road.  These creations vary in all types of shapes and sizes but usually seem to be a circle-like shape, hence where the name comes from.  In the end nobody really knows for sure why they are appearing, but they’ll always be one of the most mysterious and controversial topics.